We are excited to announce that Michelle Hess, CFRE, was recently appointed as Director of Development at Hesed House. Michelle will oversee all of Hesed House’s fundraising, volunteer, marketing and communication efforts alongside our development team of professionals. 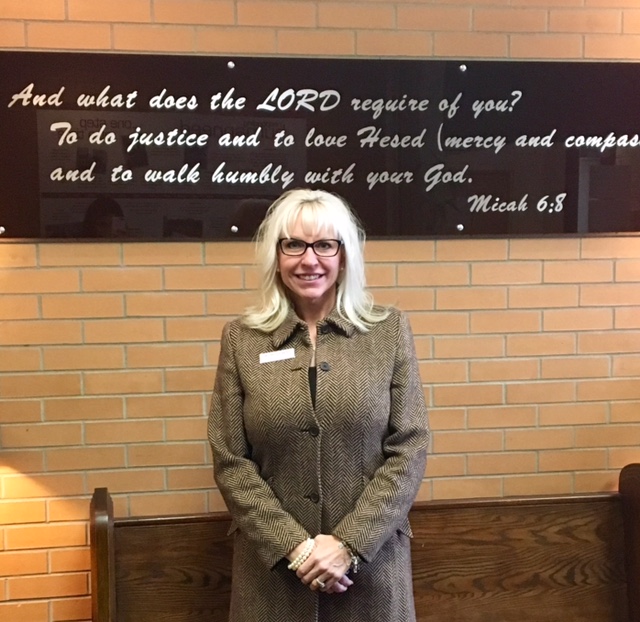 Michelle is a business executive with broad skills and experiences who has volunteered for non-profit boards for nearly two decades. After fulfilling her personal dream of protecting and serving the community as a police officer, she embarked upon a different career path, becoming a political grassroots organizer and fundraiser in her hometown of Aurora, IL.  Later, she was elected to serve as an Aurora Township Trustee and ran the district office for former Illinois State Representative Tim Schmitz. Most recently, she served as the campaign manager for Circuit Judge Candidate Fred Morelli. Michelle believes she found her true calling in 2003 when she accepted her first paid non-profit position as a major gifts officer for the American Cancer Society. Locally, Michelle has held development positions at the Illinois Mathematics and Science Academy and Presence Mercy Medical Center.

For the last six and a half years, she served as the Executive Director for the GlenOaks Hospital Foundation in Glendale Heights, IL where she led a successful $1 million capital campaign, significantly increased participation and revenue with their annual giving and special events, launched a planned giving  program, and spearheaded a committee of 70 key stakeholders from the surrounding communities in order to increase awareness and communication for DuPage County’s only Federally designated disproportionate share (DSH) safety net community hospital.

Michelle stated, “I am excited to leverage my deep community roots and love for our community by joining one of our most important and vital organizations as part of the Hesed House family’s development team. Since walking through the door on day one, I feel like I have ‘come home’!”

Executive Director Michael Cobb stated, “We are excited to have such a passionate and well qualified individual as Michelle to join our team. Michelle is a proven professional with a heart to serve those who are less fortunate. We are blessed to have her join the Hesed family and yes she is home!”

Michelle attended Aurora public schools, graduating from West Aurora High School, Waubonsee Community College and Southern Illinois University. She is currently pursuing her Masters of Management in Nonprofit Administration at North Park University. Michelle received her Certified Fund Raising Executive (CFRE) designation in 2009. Michelle resides in Aurora with her husband, Chris who is a lifelong Auroran as well. He is a recruiter for the Illinois Army National Guard based at East Aurora High School’s armory. She has two children, JD (15) and Mya (10) and two step-children, Lizzie (14) and Emily (12).