Looking Out for Others

As I have pursued stories of those who serve others in the Fox Valley, the many and varied journeys that those servants have traveled have been most interesting.

When I recently met Tom Zimmerman, assistant development director at Hesed House, I found that the path he followed before arriving at the comprehensive Aurora center for the homeless was yet another engaging story.

Having grown up in Mt. Prospect and Palatine, he recalled that the idea of serving people really started with his parents.

“They always put others before themselves,” he remembered. “If somebody said ‘you are just like your dad,’ that would make me about as happy as I could be.”

But after college graduation and working in Palatine for a short time, Tom worked for Lucent in the west suburban area for five years. By his own admission, it was all about work and being successful during that time. The mission of serving others hadn’t really yet appeared on his horizon.

Upon leaving Lucent, he worked successfully for a company that stocked and opened new stores. He remembered that during that time, he would bike the Gilman trail right past Hesed House, and would notice people outside playing basketball.

“I thought they were lucky to be playing basketball during the day,” Tom said. “Little did I know it was the second largest homeless shelter in the state.”

When economic conditions caused him to lose a second successful job in 2009, he began to use some of his time to volunteer at the Northern Illinois Food Bank and at Hesed House.

After a period of volunteering, Tom was offered a job in data entry at the shelter in 2010, but his “light bulb” moment still had not yet quite occurred.

“At first it was just a job,” he said. “I grew up thinking I would get the great job with the nice car — the American dream.

When former Hesed House director Ryan Dowd was looking for an assistant, Tom stepped into that role. But he also continued to work with guests in the shelter.

“It’s the interaction with the guests that’s phenomenal,” he said. “They have awesome stories and will give you the shirt off their back.”

For five years, he worked from 6 to 9 a.m. in the emergency shelter, and then helped Ryan from 9 to 5. Also working Saturdays, the work weeks sometimes stretched to 90 hours during really busy times.

When Dowd left his Hesed House post, Tom transitioned to the development team to help raise funds to keep the doors open. He has served for one and a half years in that position, but continues to work in the shelter and to step in wherever needed.

He has traveled the suburban area, sometimes with guests along as helpers, to pick up donations of all kinds, including food, furniture, and lockers which came from the closed Aurora YWCA.

And, as I have learned repeatedly, dedicated servants always want to give credit to others. Tom was no exception.

“My colleagues’ lives are meant to help others,” he said. “I think I was kind of selfish before I came here, and they’ve opened my eyes to a whole new way of life and service. It’s given me a perspective on what’s important in life.

“And it’s not just our 28 staff members. It’s the 6,000 volunteers from 90 different organizations every year. They are the most dedicated people I have ever seen.”

I asked Tom if he could sum up the personal walk he has taken from a “normal” career to this special one.

“I’m a totally different person from when I started five years ago,” he said. “I realize now that it’s not about chasing the dollar and getting a bigger screen TV. This place has really opened my eyes to that. What’s really important in life is being true to yourself and helping others, whether it be your neighbor or a complete stranger. Although I can’t change the world, I can certainly make my part of it a little better, and Hesed House is the perfect place to do just that.” 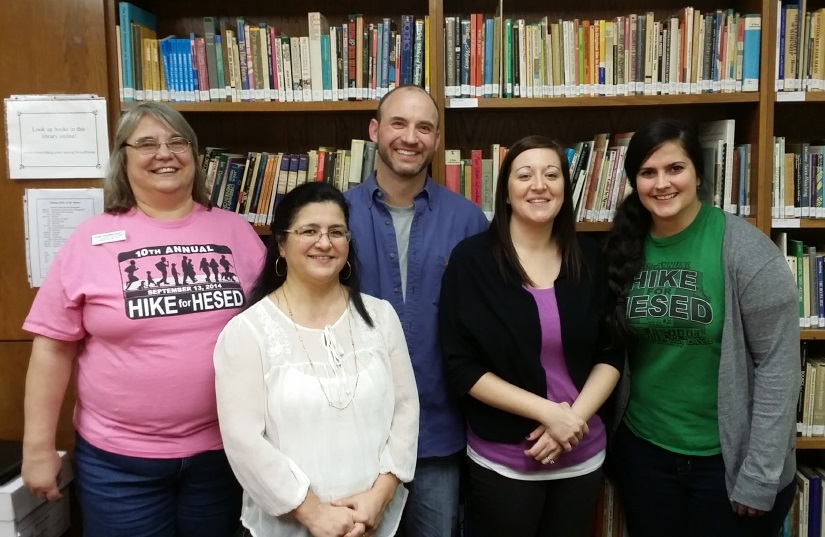