Phinetta came to Hesed House after living off of part-time jobs and looking for work for five years. It had been a very difficult time for her, and she was unable to make ends meet. When her daughter left for college, Phinetta moved to a motel. When her money ran out, Phinetta went to a shelter in DuPage County for a couple of months. It was at this shelter that she found help to apply for various programs such as the Transitional Living Community at Hesed House.

Upon moving into TLC, Phinetta was working at an insurance company, getting paid solely on commissions. For a second job, she was then hired at a temp agency and, shortly thereafter, was let go. The good news was that she was later called back to this job. In this position, she manages the telemarketing for a roofing company.

While at TLC, Phinetta began to seek subsidized housing. A coworker put in a good word for her at one apartment complex. And with the additional positive reference given by Hesed House, Phinetta was accepted to be a new tenant. Hesed House helped Phinetta financially to be able to pay her security deposit and first month’s rent. Knox Presbyterian Church was so gracious to Phinetta. They completely furnished the apartment for her from furniture to dishes, and everything in between!

Phinetta is now in her own place. She is working three jobs to manage financially but, as she says, is “happy to have a home to come to.”

There is another piece to this story. While at TLC Phinetta joined the art journaling group to find some stress-free alone time. What she found was a way to continue on her journey of healing. She loved being able to put her feelings on paper with words and art.  She describes the time spent in the group as “being in another world.” This group was, and is, very cathartic for Phinetta. After leaving TLC, she found herself returning each week to continue her journey. Most recently, Phinetta is also “paying it forward”. She is painting canvases to be part of an upcoming fundraising event for Hesed House. It is important to her to give back as she counts the many blessings she had while living at Hesed House. Not only are her canvases beautiful, as you can see below, but Phinetta is a beautiful person with a beautiful heart and soul. 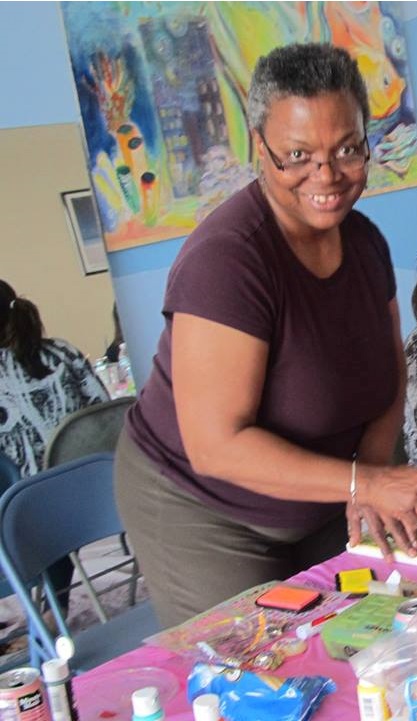 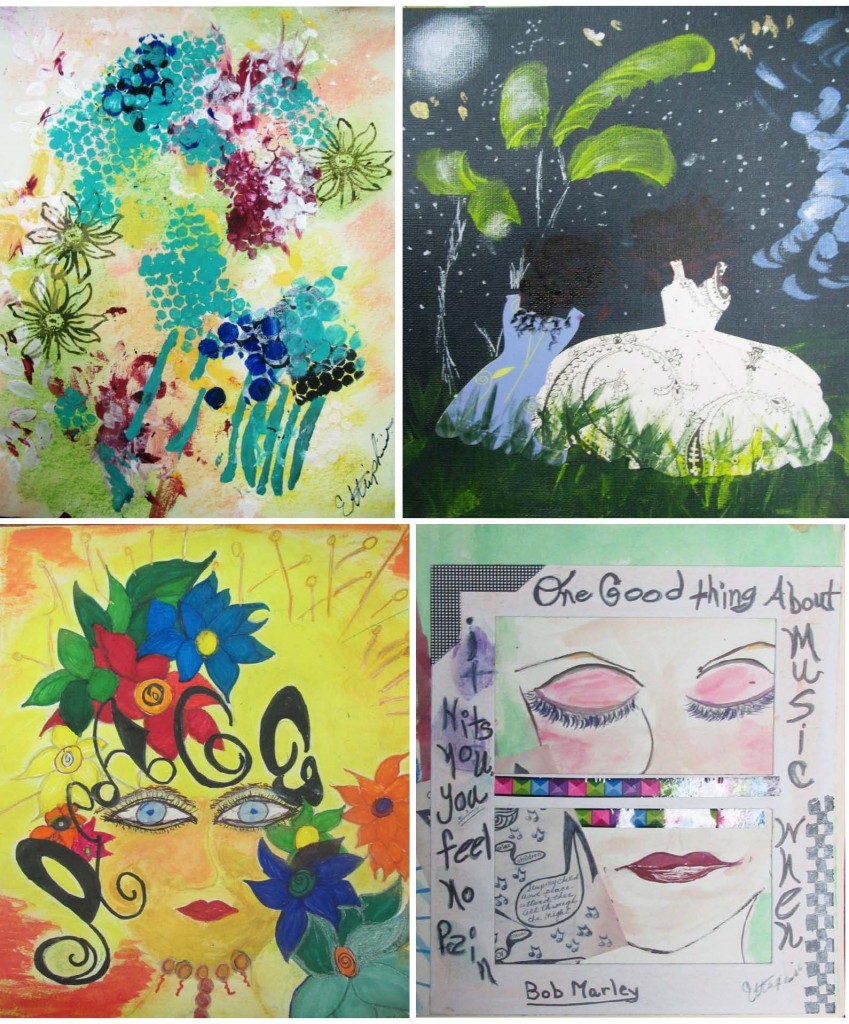